Supervisory Board and Executive Board

Biographies of the Supervisory Board members 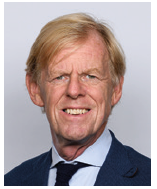 Mr Rottinghuis is a Dutch businessman who has held senior executive and non-executive roles for leading European companies across various industry sectors. He served as CEO and chairman of the executive board of Pon Holdings from 2001 until his retirement in 2010. Mr Rottinghuis joined Pon in 1993 and became a member of its executive board in 1999. Before that, he fulfilled senior management roles at Royal Nedlloyd Group. Since his retirement from Pon, he has held several supervisory board and non-executive director positions, among others at Royal Bank of Scotland, Blokker, DRG (food retail), Stork (chairman) and CRH (cement building materials). Mr Rottinghuis completed his studies at the University of Groningen in 1982. Mr Rottinghuis is a Dutch national and did not own shares in the Company’s capital per 31 December 2020.

Mr Rottinghuis was appointed to the Supervisory Board in 2020. 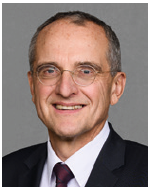 Mr Boon studied both quantitative business economics and Dutch law at Erasmus University Rotterdam. He also completed his RA (Chartered Accountant) studies at this same university. Mr Boon started his career at Unilever. From 1983 to 2000, he fulfilled various senior positions within that company, lastly as the CFO of Unilever Brazil. In 2000, Mr Boon was appointed CEO of DiverseyLever Netherlands, a position he fulfilled until 2004. Subsequently, Mr Boon held the position of CFO and member of the Executive Board of Rijnmond Waste Processing and Van Gansewinkel Group respectively. In 2010, he transferred to Nutreco, where he was appointed CFO and member of the executive board in 2011. In 2015, following the delisting of Nutreco, he decided to leave the company. He is a Dutch national and held 80,000 shares in the Company’s capital per 31 December 2020. 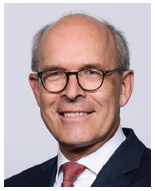 Mr Elfring obtained a master’s degree in law and business economics at the University of Groningen. He started his career at (then) Amsterdam-Rotterdam Bank, followed by management positions at Rabobank, Amsterdamse Investeringsbank, MeesPierson and Lehman Brothers. Between 2008 and 2011 he worked for Credit Suisse, where among other things he was responsible for investment banking in Northern Europe and the Benelux. Between 2011 and 2018 Mr Elfring worked for Bank of America Merrill Lynch, where since 2012 he was responsible for corporate and investment banking in Europe, the Middle East and Africa, based in London. Mr Elfring is a Dutch national and did not own shares in the Company’s capital per 31 December 2020.

Mr Elfring was appointed to the Supervisory Board in 2020.

Mrs Koopmans earned a master’s degree in law from Erasmus University Rotterdam and a (post-master’s) degree Real Estate Law from Radboud University Nijmegen. Between 1991 and 1998, Mrs Koopmans was chief legal officer at NBM-Amstelland (acquired by BAM in 2000). Afterwards, she has worked in various commercial and senior international leadership positions at Heerema Group, Altran Technologies and LexisNexis Group. Between 2011 and 2015 Mrs Koopmans was managing director of the Legal & Regulatory division of Wolters Kluwer in the Netherlands and director of the global business line for workflow solutions. Since 2015, Mrs Koopmans has focused on non-executive roles. Mrs Koopmans is a Dutch national and did not own shares in the Company’s capital per 31 December 2020.

Mrs Koopmans was appointed to the Supervisory Board in 2020. 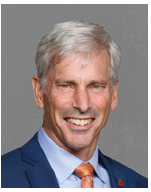 Mr Sheffield studied civil engineering at the University of Surrey (United Kingdom). He is a chartered engineer and fellow at the British Institution of Civil Engineers and was president of that Institution during 2019/20. From 1983 to 2014 he was employed by the Kier Group, a large British construction and property development group listed on the London stock exchange, where he held a number of management positions. Mr Sheffield spent the first 17 years of his career working on significant infrastructure and construction projects around the world, including seven years as a project director on power stations in the United Kingdom, desalination plants in Saudi Arabia and underground railways in Hong Kong. He then spent seven years running business units within the United Kingdom and in 2005 he joined the board of Kier Group with responsibility for global construction activities. He was appointed as chief executive officer in 2010. In 2014 Mr Sheffield left the Kier Group for Laing O’Rourke, the largest private construction company in the United Kingdom, where he was a member of the executive committee until 2017, responsible for their activities in Europe and the Middle East. Mr Sheffield is a British national and did not own shares in the Company’s capital per 31 December 2020.

Mr Sheffield was appointed to the Supervisory Board in 2017. 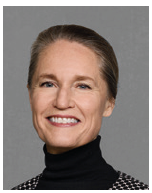 Mrs Valentin started her career with IBM in 1992, after obtaining a master’s degree in engineering at the Technical University of Denmark and has held many international executive positions within IBM. She holds the position of general manager of Global Business Services, Nordic, at IBM. Since 2018, Mrs Valentin has served as managing director within IBM and in that capacity has held overall responsibility for one of IBM’s global accounts. Prior to this, Mrs Valentin served as global COO of IBM’s Watson Internet of Things, with responsibility for founding the business and designing and building the business structure and product portfolio of this new IBM division. Before that, she was the COO of IBM’s Germany/Austria/Switzerland region in the period of 2013-2016, also responsible for strategy and business transformation. Mrs Valentin is a Danish national and held 30,000 shares in the Company’s capital per 31 December 2020.

Mrs Valentin was appointed to the Supervisory Board in 2017.

33 - Retirement schedule for the Supervisory Board

* Right of recommendation of Central Works Council.
** Stepped down per 31 December 2020.

Biographies of the Executive Board members 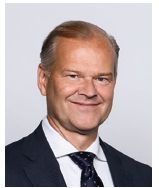 Mr Joosten earned a degree in business economics at VU Amsterdam in 1987 and an MBA from the University of Leuven in 1990. Mr Joosten started with AkzoNobel in 1996 as a marketing director, joining from Petrofina (currently PPG) where he began his career in 1988. At AkzoNobel he held management positions in sales and marketing and became managing director of Decorative Paints North and Eastern Europe in 2006. In 2013 he joined AkzoNobel’s Executive Committee and became responsible for the decorative paints business. In 2018, he became the chief operating officer of AkzoNobel, responsible for business performance of the coatings and paints businesses. Mr Joosten is a Dutch national. Information about Mr Joosten’s shareholding position is on pages 77-79.

Mr Joosten has been a member of the Executive Board (CEO) of Royal BAM Group since September 2020. 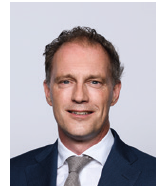 Mr Den Houter was trained as a hydrographic surveyor at the Amsterdam University of Applied Sciences. He earned a degree in business economics at the University of Amsterdam and an international master’s degree in finance and control. He started his career at Exxon Mobil in 2000, where he worked as financial analyst and controller for the Benelux retail operating company. In 2005 he moved to Shell, where he held consecutive positions as controller at Shell Global Real Estate, project manager at Shell Energy Europe and financial manager for joint ventures at Shell Upstream International. He joined Heerema Marine Contractors (HMC) in 2010 as its finance and control manager and then held the position of senior vice-president of finance before being appointed as CFO in 2012. Mr Den Houter has been a member of the Executive Board of Royal BAM Group since August 2018. He is a Dutch national. Information about Mr Den Houter’s shareholding position is on pages 77-99.

34 - Retirement schedule for the Executive Board